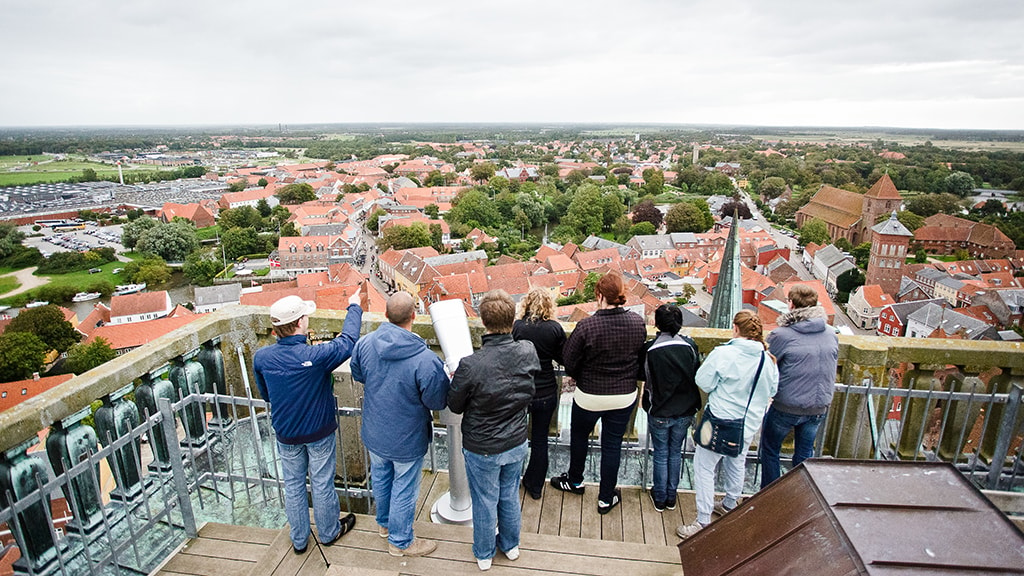 In 1283 one of the cathedral's two towers crashes, and the square Commoners' Tower is built as the fortress of the city, using the material and the style of the day.

Commoner's Tower is a 52 m high red brick tower built around 1300. Entrance through the Cathedral.

Ribe Cathedral was originally built as a three-aisled church with two identical towers. In 1283, one of the towers collapse, and the square Commoners’ Tower is erected as the town’s, using the material and the style of the day. When the spire collapses in 1594, it is replaced with a flat roof.

Each century has marked the church either by changes in the construction or changes in the ornamentation; between 1982 and 1987, Carl-Henning Pedersen redecorated the apse.