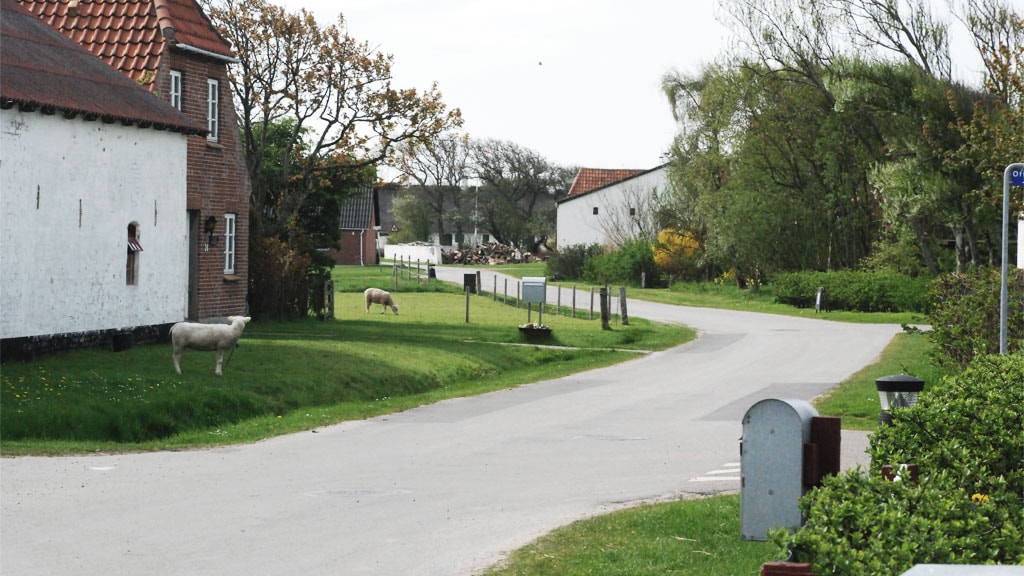 Photo: VisitRibeEsbjerg
Service and information
All Tourist Offices
Mandø, the Wadden Sea Island between Rømø and Fanø, is likely one of Denmark’s most peaceful islands so there are only a few points of resemblance with the other holiday islands in the Wadden Sea.
Address

That Mandø has remained so untouched by tourism is simply due to the tide, since at the high tide, there is no traffic connection to the outside world. Mandø, as the only island in the Danish Wadden Sea, is protected by a sea dike almost the whole way around the perimeter of the 7.63 km² little island. A single row of dunes on the highest point provides the inhabitants in Mandø town with protection against the sea from the west.

How old is the island
No one knows for sure how long Mandø has existed. The first time the name is found in written form is in 1213 in King Valdemar’s Cadastral map, and it is known that people lived on Mandø at the beginning of the 14th century. Up until the year 1741 when the islanders bought it for 864 rix-dollars, Mandø belonged to the Crown. After the purchase, the islanders had to pay the priest’s wages as well as pay for the upkeep of the church. Further, they now had the hunting rights as well as the rights to whatever wreckage washed up on the beach.

Occupation
The islanders originally made a living through fishing and later through shipping.  Since the 20th century, the main occupation has been farming. The number of farms involved in year-round farming has dropped from ca. 25 in 1970 to just 1 in 1997. Today, the islanders on Mandø are mainly pensioners, part-time farmers or people involved with tourism.

Storm surges
More than once, the islands have been flooded by storm surges. Since the 19th century, the damages have been somewhat contained through dike building. During the storm surge in 1981, the island experienced extensive breach of the dikes and subsequent flooding, where the water destroyed the sea as well as the town dike. Most of Mandø was completely flooded, and 200 sheep and 18 other creatures drowned, but luckily no people. After the storm, the dikes were reinforced and a sea and town dike once again protected the island. Since then, only smaller breaches have emerged.  During the 1999 hurricane and the resulting storm surge, the situation was quite critical.

Population
Throughout the last century, the population has declined and the number of permanent residents is stable at 35, but the holiday homes and the tourism create compensation for the declining population. In 1890, the island had 262 inhabitants and in 2012 only 37 people lived permanently on Mandø.

The name Mandø
From the 13th century the island was known as "Mannæø or Mannø" the men’s island. The legend goes thus, only the 7 men, who coincidentally worked with the hay at Mandø Hølade on the mainland, survived the storm surge in 1558. The men found their new wives in Ho on Fanø and shortly thereafter moved back to Mandø. Assumptions are that the name Mandø arose as a result of this episode.