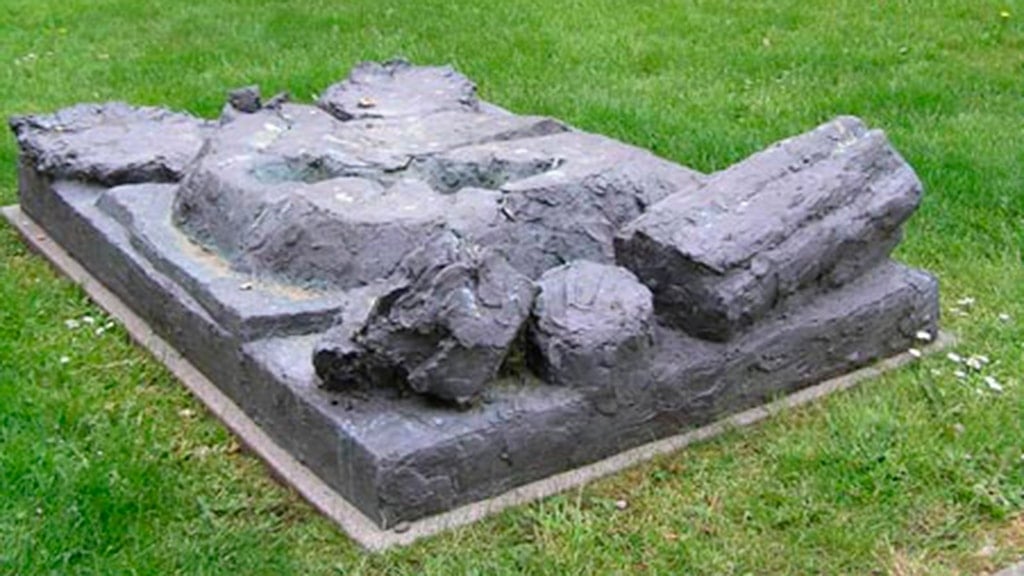 Photo: VisitRibeEsbjerg
Attractions
Monuments
Ambrosius Stub was a Danish poet and lived in Ribe from 1752 to 1758.
Address

The famous, and somewhat disreputable, Danish 18th century poet Ambrosius Stub (1705-58) was born in Funen, where his father was a village tailor whose well-to-do customers gave the family sufficient financial support for having  him attend the grammar school of Odense.

After leaving the school in 1725, Stub seems to have led a rather carefree and independent life as a (perpetual) student at the University of Copenhagen. From this period come a number og his so-called "arias" and merry drinking songs, for which he got his inspiration in the company of good friends. So he was never graduated, and once more he had to ask his former Funen patrons for support, now as a scribe and an entertainment counsellor on their estates. In 1735 he married a clergyman's daughter, but soon the dowry was squandered, and the couple had to live in poverty in various locations of Funen. Shortly after the death of his wife in 1747, the home was broken up, and his children were fostered out  at family members'. Stub now hadthe job of a scribe on the Castle of Valdemar in the island of Taasinge, but after few years he was discharged, having, allegedly, made a maid pregnant.

Trying to make his living as a schoolmaster, in 1752 he settled in Ribe, where Brorson was bishop in those years. Most of Stub's religious poems seem to have been written in the Ribe period. Characterized by a strong lyric sense, his works encompass such genres as a religiously marked natural poetry, a number of more epicurean writings with a strong touch of the vanity of human life, and a real, religious poetry inspired by Brorson. However, drunkenness, illness and personal crises followed Stub throughout his short life. He died in the utmost poverty, and was buried in St. Catharinae Cemetery. On the initiative of some influential Ribe citizens, and thanks to a grant from the New Carlsberg Foundation, Per Kirkeby's (born 1938) distinctive bronze monument in memory of the poet was established. In a square frame it shows a stump of a tree, surrounded by the remains of a capital with acanthus leaves, a fragment of a column, two rococo mirrors, and a number of wedges. In the light and, at the same time, melancholy spirit of the rococo poet, here the theme of decay and vanity is reflected, to so great extent laying the basis of Stub's lyric universe.